Before partnering with Columbus, the wholesale produce company had been working with an Oracle-based old legacy system—written specifically for it in the early 1990s—but was facing challenges related to lot traceability, tracking repacking processes and financial visibility.
The primary concerns plaguing it included:

Food and beverage companies are actively seeking digital technologies capable of boosting their process efficiencies and accelerating growth. How did a company with over a century’s legacy achieve these goals? What were the challenges it was facing? How did digitally transforming itself help the company become future ready?

Founded by Fred Strube in 1913, Strube Celery and Vegetable Company is the oldest federally licensed wholesale produce company in the Chicago area. Since its inception, five generations have worked for this family business, making it a successful wholesale produce business. The historic company is a nationally recognized model for benchmark leadership and sustainability. Over the decades, Strube has recognized the significance of adapting to the technological developments of that time. Accordingly, it has moulded its operational style to maintain a competitive edge in the industry. 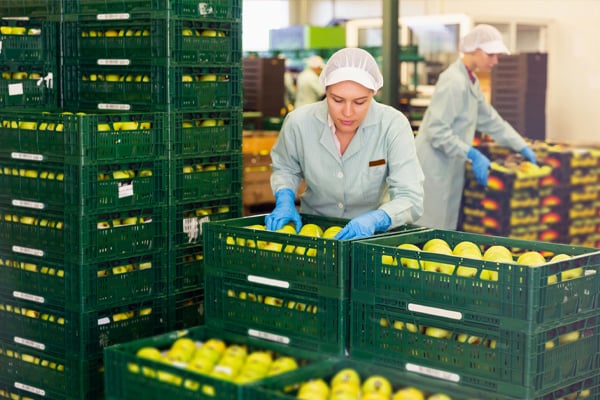 Before partnering with Columbus, the wholesale produce company had been working with an Oracle-based old legacy system—written specifically for it in the early 1990s—but was facing challenges related to lot traceability, tracking repacking processes and financial visibility. The primary concerns plaguing it included:

1) Complete dependence on a single staff member
The legacy program Strube was using had been designed by its former IT director. As he was the only resource who understood the nitty-gritties of the system, the company was left unsupported after he moved out of the organization. The need to acquire the service and support needed to manage the system in his absence prompted the Chicago-based company to start looking for a reliable on-prem ERP solution provider— one that could manage the then-existing system without coding and the high involvement quantum of IT resources.

As stated previously, Strube’s legacy ERP solution was an Oracle-based legacy program—written specifically for the company in the early 1990s. Scaling this dated software was difficult and as a result, the growth of the business was getting hindered. Also, since the solution was programmed specifically for the company, modifying it or getting service support for it was challenging.

3)  Time-consuming lot traceability processes
Compliance with food safety norms is of paramount importance for any food and beverage company. With FDA regulations getting stricter with the new wave of FSMA standards on traceability, the need for a system capable of meeting every aspect of compliance management has been growing. Effective lot traceability is an important aspect of compliance, and Strube’s older ERP solution was finding it difficult to do so. One of the major attributes Strube was seeking in the new solution was the ability to minimize the time taken to trace lots and maximize the digitalization of the process.

4) Inadequate visibility into business operations
Strube serves as the distribution center of wholesale food products for retail stores and smaller groceries. Its business processes involve complex logistics of physical and perishable goods. The company found itself lacking a solution capable of managing these intrinsic operations—one that could give real-time information of, and complete visibility into, all business processes; end to end.

5) Manual management of repacking and freight forwarding process
Although Strube was able to carry out repacking and freight forwarding manually, the results were not encouraging. With a system that was not fully automatic, it was taking the company longer to pull data, making it difficult to make informed and proactive decisions. Repacking is one of Strube’s essential operations, and it wanted software that could support this process end to end.

6) Inefficient finance and cost operations
Strube’s finance team did manage to carry out cost and finance-related activities despite the lack of a new-age ERP solution. However, the time taken to complete these tasks was longer, with the dependence on Microsoft Excel involving manual processing — giving opportunities for errors and discrepancies. The older system was also not able to provide accurate financial insights, making financial reporting ineffective. Along with increased visibility, Strube was also seeking smart insights and analytics from the new solution to elevate its financial management function.

Columbus was instrumental in implementing ColumbusFood at Strube, helping it overcome these hurdles—caused primarily by its use of a legacy ERP solution that was completely dependent on just one IT resource (as stated previously). The transition to ColumbusFood has helped Strube gain significant operational efficiency and independence—from food safety and finance, to repacking and administration. Process cycles have got shortened, overall process visibility has witnessed a significant improvement, and ColumbusFood is now core to the wholesale produce company’s business expansion plans.

What made Strube choose ColumbusFood?

As an established company, Strube had an array of technology service providers to choose from for this implementation. Selecting Columbus as its ‘Technology Partner of Choice’ was the result of a thorough research and analysis process by the wholesale produce company, especially because of the effectiveness of ColumbusFood as a food industry-specific ERP solution. Having worked with several leading food manufacturers, the Columbus team was known for rising to the occasion in client engagements and in carrying out complex implementation processes—such as the one Strube needed to undergo.

"We knew pretty early on that a Microsoft product was the definite way to go — not only are you well supported, but it also seemed like where the future was. ColumbusFood just seemed like the right fit. We were very comfortable after seeing the system at another facility very similar to ours — how it worked and how happy they were.” 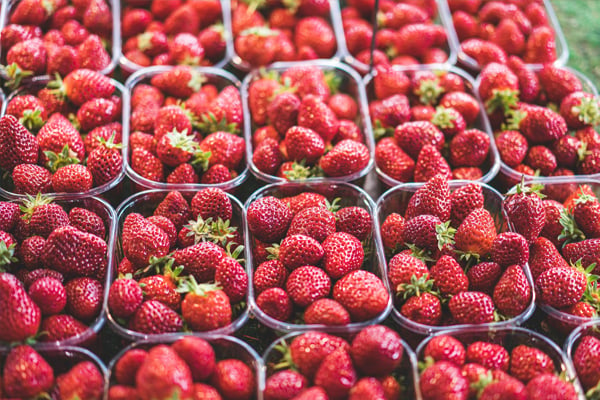 Speaking on the advantages conferred by ColumbusFood, Lisa Strube said, “I think the biggest thing we realized after we hit one year with the system was that everyone started to become more comfortable with the processes. We are finding more ways to speed up the processes. Especially within AR and AP, we are having a much easier time communicating with our customers, able to send things directly, and follow transactions and adjustments much easier. We are able to see a reduction in paper and printing costs.”

Equipped with the expertise and experience of implementing solutions for diverse companies, the Columbus team thoroughly understood the challenges Strube was facing. The implementation was complicated, since the wholesale produce company was using a dated system that offered no room for scalability.

The Columbus team’s challenge was to ensure the successful migration of all of Strube’s business processes from its legacy solution to ColumbusFood. Despite the complexity of the deployment, Columbus made the transition happen—an achievement Lisa Strube describes in the following words:

“We had two professionals from Columbus here for two weeks for the implementation. They were phenomenal, especially because ours was a major transition, which included moving entire programs and systems. We shut down on Friday and opened with a new system on Monday. Columbus was great during the whole process. I am a big supporter of the company and have recommended it to others.”

Strube’s ERP implementation story is a classic example of the difference ColumbusFood, and taking the decision to embrace cloud ERP, can make to your organization. Focused on driving digital transformation in the food industry, Columbus experts offer a smart solution and in-depth advisory to overcome every unique business challenge an organization may be grappling with.